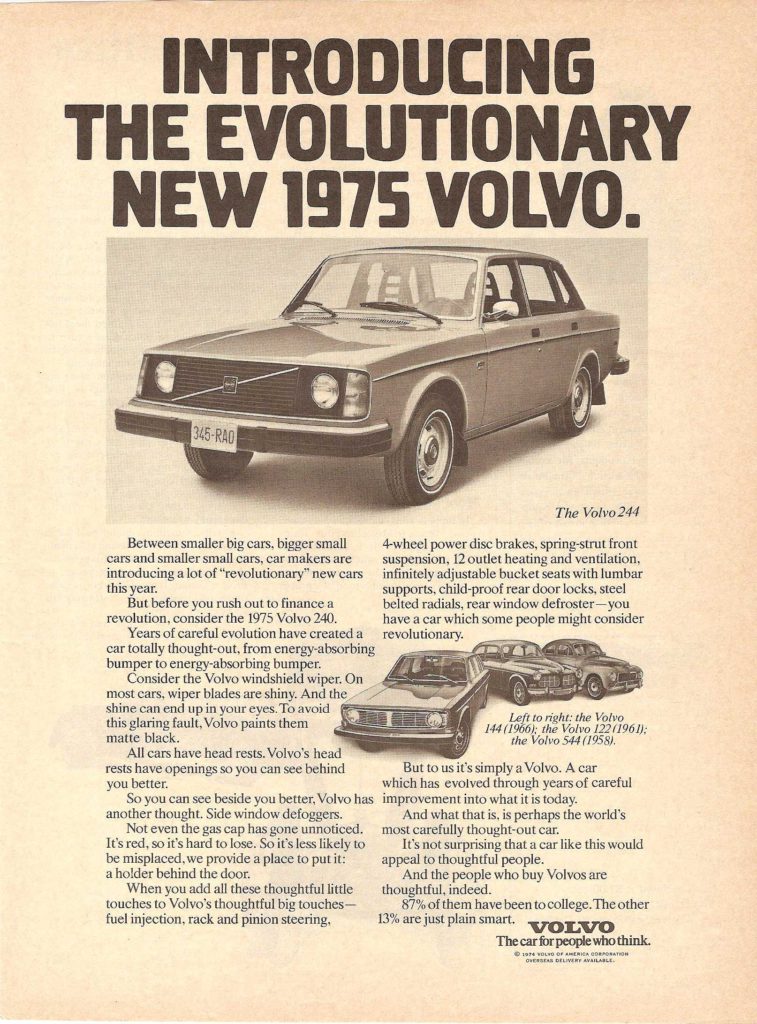 The text of this ad states:

But before you rush out to finance a revolution, consider the 1975 Volvo 240.

Consider the Volvo windshield wiper. On most cars, wiper blades are shiny. And the

shine can end up in your eyes. To avoid this glaring fault, Volvo paints them

All cars have head rests. Volvo’s head rests have openings so you can see behind

So you can see beside you better, Volvo has another thought. Side window defoggers.

Not even the gas cap has gone unnoticed. It’s red, so it’s hard to lose. So it’s less likely to be misplaced, we provide a place to put it: a holder behind the door.

But to us it’s simply a Volvo. A car which has evolved through years of careful

improvement into what it is today.

And what that is, is perhaps the world’s most carefully thought-out car.

It’s not surprising that a car like this would appeal to thoughtful people.

And the people who buy Volvos are thoughtful, indeed.

87% of them have been to college.The other 13% are just plain smart.

The car for people who think.

The Art of Michael Francis Lane